Walt was born at home in Vale, South Dakota, on April 17, 1933. His parents were Henry and Amie Cundy.

He met Betty M. Frisbee of Sundance and the two were married on September 5, 1954, in Hulett, Wyoming. Walt received his high school diploma from Sundance High School after returning home from the Navy.

In his younger years, Walt had many different jobs; from delivering milk to working on oil pipelines and in oil refineries and repairing and maintaining equipment for road construction. Walt also worked for Peter Kewitt Construction Company and Big Horn Construction for many years as a mechanic and mechanic supervisor.

For a few years he worked for himself trying his hand at ranching and running a repair shop at New Haven, Wyoming. He later bought into Cundy Asphalt & Paving of Gillette, Wyoming and worked there for a time. Later he bought a campground in Bar Nunn, Wyoming and ran it as Antelope Run Campground.

Walt and Betty ran Antelope Run Campground for a few years and then later sold it and started traveling in their motor home. They would stay in Wyoming in the summertime and then would go to Mesa, Arizona, in the wintertime.

Walt and Betty enjoyed traveling in their motor home. They travelled most of the time in the United States, even going to Alaska a few times.

They made trips to Australia and New Zealand. Walt really liked New Zealand and went there a couple of times. 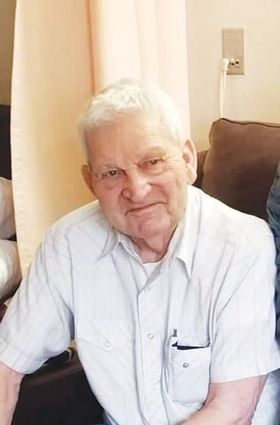 A memorial service was held on Tuesday, November 10, 2020 at Fidler-Roberts & Isburg Funeral Chapel in Sundance with inurnment following in the family lot in Green Mountain Cemetery at Sundance.