On Tuesday, February 9, 2021, Mary Ellen Osloond, 90, passed away at her home with her husband and son at her side.

They welcomed their son Ray Ray to the world in 1959. Mary Ellen graduated from Black Hills State Teachers College in 1962, with a Bachelor of Science in Education. Mrs. Osloond was a beloved teacher in Deadwood, Lead, South Dakota and Anchor Point, Alaska.

Mary Ellen loved to bake and she loved tending her garden. She loved most, baking for her loved ones and tending her grandchildren and great grandchildren. Her hands were never idle, and well adept at pulling weeds, forming monster cookies, holding hands and hugs. Her favorite color was blue and favorite possessions were blue trinkets her sweetheart often surprised her with. 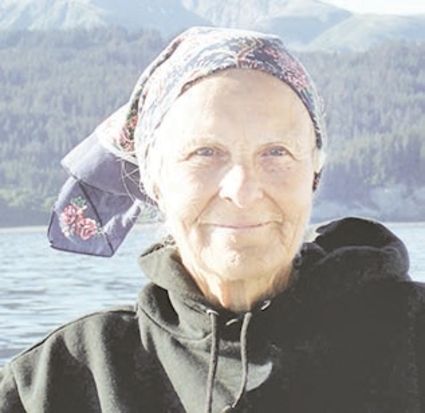 A private family service will be held graveside at Greenwood Cemetery, Crook County, Wyoming, on Saturday, February 27 at 10 a.m. In lieu of flowers a memorial has been established in her name at the Cornerstone Rescue Mission.