Mae was born November 17, 1929, to George Malven Watts Sr. and Edith Lorene (Williams) Watts in Hulett at a home where the local midwife was living.

She attended the Russell School (one-room country schoolhouse) as a child and then graduated from Sundance High School. She went on to teach at a country school in the area when she was 16 years old.

Bill passed away in 1959 and she married Albert Carmel Neiman on December 24, 1965. Albert had four children that he brought to the marriage; then Mae and Albert had two more children together, making for a beautifully blended family.

Mae taught leathercraft in 4-H for a number of years. She was an avid gardener and truly enjoyed her chickens (the girls). She was a devoted member of the American Legion Auxiliary, Unit 80 in Hulett for 35 years; serving as President for 27 years.

She was a member of Hulett Assembly of God for 21 years where she served as board secretary for many years. Over and above all else she was very proud of and loved her friends and family; especially the grandchildren and great grandchildren; a true matriarch.

We will truly miss our sister, mother, grandmother, great-grandmother, great-great grandmother. We will miss all of the many nuances that are now memories; no matter how large or small. We thank the Lord for all of the wonderful years we were granted with her and find peace in the knowledge that she is whole, healthy and in the presence of God, who she dearly loved.

Funeral services will be held at 1 p.m., Friday, April 9, 2021 at the Greater Hulett Community Center in Hulett with burial to follow at the Hulett Cemetery. Viewing will be one hour prior to the service. A memorial has been established to benefit Hulett Emergency Medical Services. 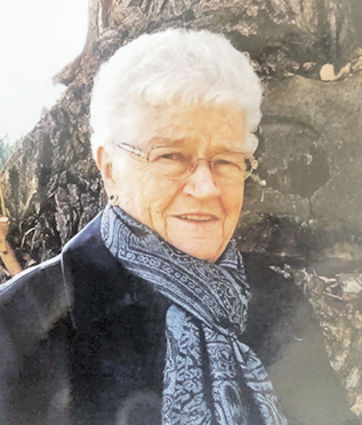