His horse is saddled, the cinches are tight, barn door closed, reins over the neck and foot into the stirrup. Sitting tall in the saddle with his hat pulled down tight, rope in hand, Robert H. Queen rides over the great divide with the Lord to ride and rope forever and ever. Bob’s last ride began April 14, 2021, at the Crook County Hospital.

Bob was born in Deadwood, South Dakota on June 7, 1940, to Oliver “Olie” and Alice (Jones) Queen. Bob grew up with his brother, Sonny and sister, Lois, on the Gunn Ranch.

From a young age, Bob was always a cowboy at heart. He continuously had a rope in his hand, even sometimes a rope made of twine to rope his mother’s chickens by their legs.

In 1948, Bob’s parents purchased the Cameron Ranch near Farrell, Wyoming, where Bob attended grade school. He was homeschooled during his high school years. Following his father’s death in 1963, Bob and Sonny took over the ranch.

In 1965, Bob married Roberta Hook and to this union a son, Kevin, was born. In 1966, Bob and Sonny began building a dairy barn, which later developed into a thriving dairy business producing dairy for the Cheese Factory located in Sturgis, South Dakota.

Bob had a lifelong passion of breaking and training horses and worked hard to perfect his ability to rope. His love for horses and roping lead to several winnings, including belt buckles and a saddle. He served as the Director of the NRCA for eight years.

In 1980, Bob married Carol Hespe and became the father to her daughters, Lori and Tia. Bob was widowed following Carol’s passing in 1987.

In 1989, Bob married Bonnie and became the father of Paul, Wayne, Julie and later BobbiJo. 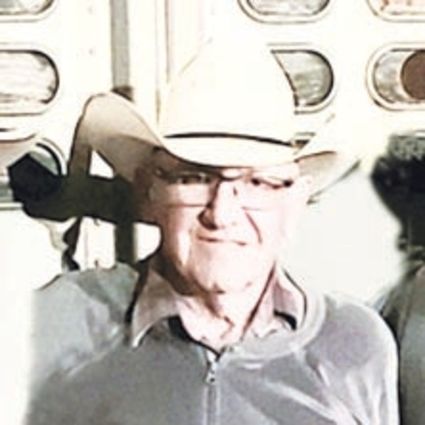 He was preceded in death by his grandparents, parents, Olie and Alice; his brother Duane “Sonny”; and wife, Carol.

Funeral services were held Tuesday, April 20, 2021, at Crook County Central Office Gymnasium. Burial was at the Mount Moriah Cemetery. Memorials have been established for the benefit of the NRCA and WJRA.