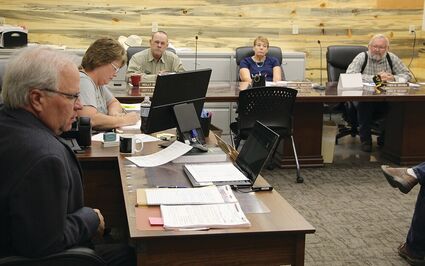 County Treasurer Mary Kuhl was arrested on Friday on criminal charges related to her conduct as an elected official. The allegations include that she listed a customer’s license plate tabs as lost in the mail but then placed them on her own vehicle; that she adjusted the tax system to hide missing money; and that she issued a false certificate so that a personal friend could avoid paying registration fees.

The investigation was headed by a special agent of the Wyoming Division of Criminal Investigation.

According to County Attorney Joe Baron, this is not the first time an investigation has been launched into Kuhl’s behavior within her office, although the first did not lead to any charges. Speaking on Monday morning, he also confirmed that an FBI investigation into Kuhl is ongoing.

The special agent reports that he was notified on May 21 of a criminal allegation against concerning the license plate tabs on Kuhl’s vehicle. Though the tabs were current, the vehicle’s registration showed that the license plates had expired.

The special agent spoke with County Clerk Linda Fritz, who was able to show him pertinent information on the county’s vehicle registration system.

The tabs were allegedly originally issued to a customer on January 29. On March 3, the system showed that the sticker was lost in the mail and a new sticker had been issued.

The special agent asked if it was possible for Kuhl to change the system to show the vehicle as having current registration. Fritz responded that it would be possible; however, the date and time on the bottom of the screen would show when it was changed.

The special agent conducted a non-custodial interview with Kuhl in her office. Kuhl was advised that she was not under arrest and could choose not to answer any questions.

When asked about the license plate tabs, Kuhl allegedly responded that she has several vehicles registered to her and her husband “and that she must have placed the wrong tabs” on this vehicle.

“Kuhl advised agents that she did not remember purchasing current registration [for the vehicle] and that she had no explanation of how the tab ended up on her vehicle,” says the agent’s report.

Kuhl allegedly confirmed the information about the tab originally being issued to someone else and then being listed as lost in the mail.

The agent asked Kuhl about the process for renewing registrations and was told that, after someone pays for their registration, they are issued a receipt and the tabs. She confirmed that this is how she receives her own registrations when she renews her license plates.

“Kuhl further advised that, after she was involved in a previous investigation, Kuhl changed protocols in her office,” says the agent in his report. “Part of the changes were that employees of the Treasurer’s Office were not allowed to renew their own registrations.”

The agent again asked how the tabs that had been registered as lost in the mail ended up on Kuhl’s vehicle, and again she allegedly could not provide an answer.

“However, Kuhl did admit that the tabs would have had to come from the Treasurer’s Office and that was ‘on her’,” says the agent in his report.

The license plates were seized as evidence. The agent spoke with employees at Kuhl’s office and was allegedly told that, when the tabs were returned to the office, Kuhl took them and placed them in her office, which was contrary to common practice.

On June 25, the agent was informed of a new allegation against Kuhl. The complaint appears to involve changes made to the office’s system to hide a discrepancy in the day’s cash balance.

According to the complaint, on June 14, a member of the public transferred his old vehicle’s registration to register a new vehicle and paid tax liability of $859.20. Due to a credit on his previous registration of $467.38, the customer owed the difference of $391.82.

Around 30 minutes later, Kuhl allegedly voided the transaction and re-entered the registration amount, increasing the credit amount. With the new “credit” entered, the agent reports that the registration liability was reduced by $360.01.

The affidavit appears to suggest that the transaction was performed in an effort to reconcile a discrepancy in the office’s cash balance. The agent notes that the actual cash reported on June 14 was $360.01 lower than the day’s transactions should have totaled, but this was not caught during the daily reconciliation because that amount had been removed from the system through the changes to the customer’s “credit.”

This allegedly occurred the day before Kuhl was interviewed by the agent and became aware her actions were being scrutinized. On June 23, nine days later, Kuhl allegedly once again made changes to the system to re-enter the $360.01 in the “county fees” portion of the registration field.

“On that same day, a cash transaction was placed into the Treasurer’s ‘cash box’ in the amount of $360.01,” says the agent in his report.

This caused the transaction amounts to match between the system and the accounting spreadsheet.

On July 15, the special agent was advised of a third allegation against Kuhl from an employee of the Treasurer’s Office. The employee provided documents that appeared to show Kuhl had issued a false certificate – a temporary registration – to a personal friend that resulted in the friend not having to pay registration fees.

The friend allegedly paid $230.37 in registration fees on July 12, 2019. In December, 2019, the friend’s boyfriend registered a new vehicle under his own name that he had purchased for the friend to drive. He paid the sales tax and registration.

The boyfriend was given a transfer credit from the friend’s prior registration of $33.40. According to the employee, it is against Wyoming statutes to transfer registration credit to a vehicle that is not registered to the same person as the original credit, and it is also against statute to provide a credit when the first vehicle is still owned.

The employee also provided documents showing the registration on the original vehicle was never paid for. In addition, the employee shared documents showing that, on February 25, 2021, the friend came to the Treasurer’s Office and Kuhl entered a “name change” into the system on the new vehicle to show that the boyfriend had “sold” it to the friend.

The employee advised the agent that the sales tax receipt was simply used to change the owner’s name in the system so a temporary registration could be issued to the friend. The employee shared additional documents showing that the boyfriend came to the office on May 14 and paid for the registration on that vehicle in his own name.

Some time after this, according to the employee’s complaint, the friend totaled the new vehicle and needed to re-register her old one so as to have something to drive. On July 13, she was issued a new registration and the license plate from the new vehicle was transferred to the old one.

The friend was allegedly given a transfer credit from the new vehicle, which was registered to her boyfriend, offsetting the registration for the old one. The friend allegedly only paid a $25 fee to the State of Wyoming.

The employee advised again that it is against statute to transfer registration credit to someone not on the registration. The friend should have had to pay $333.96 for the transaction.

Kuhl faces four individual charges, the first of which is a felony. Unauthorized use of monies carries a maximum penalty of two years of imprisonment, a $5000 fine or both; it may also result in removal from office.

In addition, Kuhl has been charged with three misdemeanors: one count of official misconduct and two of issuing false certificate. A preliminary hearing has been scheduled for August 12 in Circuit Court.

A special meeting of the county commissioners convened on Monday morning to decide what action needs to be taken in light of the allegations against County Treasurer Mary Kuhl. County Attorney Joe Baron questioned, “If the board wants to consider commencing the process for removal.”

To do so requires the commissioners to file a verified complaint with the Governor’s Office asking for her temporary suspension and to begin removal proceedings. The Governor’s Office will then decide whether to move forward, a process Baron said is “fairly quick.”

As well as the current charges, Baron recommended including in the letter that Kuhl was the focus of a previous investigation, which “did not lead to charges being filed,” and is the subject of “an ongoing FBI investigation” on which there has not yet been a formal declaration.

The commissioners themselves do not have the authority to suspend or remove Kuhl, Baron said. During the criminal proceedings, Baron confirmed that Kuhl will remain on the county payroll as, “She’s still an elected official, she’s still entitled to get paid.” 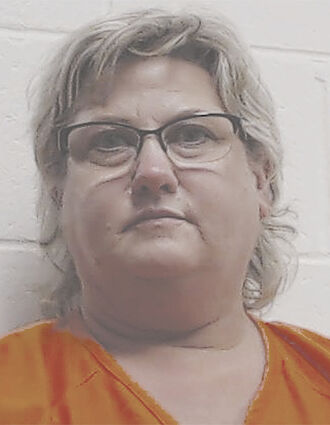 Commissioner Jeanne Whalen asked for reassurance about the continuity of government. It was confirmed that everything will remain the same in the Treasurer’s Office; members of the public can still conduct business with the office, as can other county departments.

According to the terms of her bond, however, Kuhl herself is not permitted to enter the Treasurer’s Office at this time.

Calling the situation “a black eye on the entire county government,” Commissioner Fred Devish indicated that he would like to move forward with the complaint to demonstrate that the county is serious about responding to the allegations. Commissioner Kelly Dennis agreed and asked for a motion accordingly.

A motion was made and unanimously passed to sign the verified complaint against Kuhl.