Celebration of Life for Gary Dowling was held at 12 p.m., Saturday, July 24, 2021 at Keyhole Country Club, Pine Haven, WY with Margaret Lynch officiating. Gary Lee Dowling 70, passed away at Campbell County Memorial Hospital from complications of throat cancer, COPD and emphysema on July 11, 2021 with his family by his side.

Gary was born on November 4, 1950 in Butte, MT to Wes and Edith Dowling. He completed in Butte Boxing Club, which was founded by his father, Wes.

Gary participated in the State Titles, Golden Gloves Titles and the National Titles. Competing brought him to places such as Las Vegas, San Diego, Chicago, Seattle, Spokane and other numerous states.

During the Nationals, Gary was able to meet and talk with George Foreman.

Gary graduated from Butte High School in 1970. Gary and Peggy met in Butte in the summer of 1967.

In 1971, they married and had three wonderful sons. On March 27, 2021 they celebrated their 50th wedding anniversary.

In his younger years, Gary enjoyed four-wheeling, snowmobiling, hiking, boating and all outdoor activities. He especially loved camping and fishing in the Big Horns.

Gary enjoyed watching his boys wrestle and would travel to different states so they could participate in numerous tournaments. Gary was well known around town and easily recognized by riding all over in “Pinky”.

He enjoyed being a snowbird and traveling through the southwest and exploring the beauty. Gary’s favorite thing to do was to sit out on the back deck drinking his coffee, listening to the birds and watching all the wildlife passing through the yard. 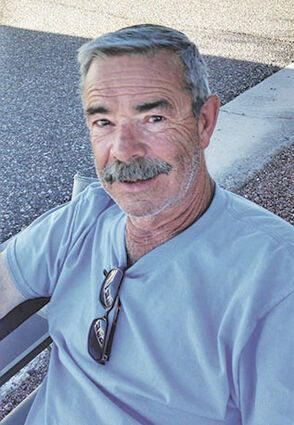 He also enjoyed BBQing and being around family and friends; holidays were always joyous. He was very proud of his family and enjoyed spending time with them. He always had a very big smile on his face.

In lieu of flowers the family requests a donation be made to the donor’s choice.

Memorials and condolence may be sent in care of Walker Funeral Home 410 Medical Arts Court, Gillette, WY 82716. Condolences may also be expressed at http://www.walkerfuneralgillette.com