wine IV of Hulett, Wyoming, passed away in an ATV accident near his home on Friday, August 13, 2021.

E.O. was born on October 28, 1964, in Bozeman, Montana to Helen Venier (Edgar) and Elbert Sowerwine III. He grew up in Cody, Wyoming, on Trout Creek Ranch with his parents, two younger brothers J.F. and Jon, and his younger sister, Nicole.

E.O. attended Wapiti School in elementary and graduated from Cody High School in 1983. He met his wife of 37 years, Barbara Sowerwine (Wilson), while they were enrolled at Black Hills State University in Spearfish, South Dakota.

They were married on February 18, 1984. He spent most of his career pursuing his passion for all things mineral by locating and developing rock sources for everything from gravel surfacing to highly specialized aggregates intended to make roadways and bridges safer for travelers.

E.O. enjoyed many pastimes including hunting, fishing, riding motorcycles, collecting rocks, working in his shop and spending time with his friends and family. His dedication to his family and to providing for them was paramount throughout his life.

From coaching little league baseball to attending countless wrestling tournaments, volleyball games, football games and many other school functions, he was always there in support. When asked to describe E.O., his family and friends would use the words genuine, selfless, generous, hardworking, protective and, most of all, kind.

His unmistakable laugh and infectious smile were ever present, and he enjoyed talking with everyone he met.

E.O. was a devoted and loving husband, dad, son, brother, uncle and grandpa. He was often heard saying his proudest accomplishment was raising his children. His absence will be felt, and he will be deeply missed, by all who had the good fortune of knowing him. 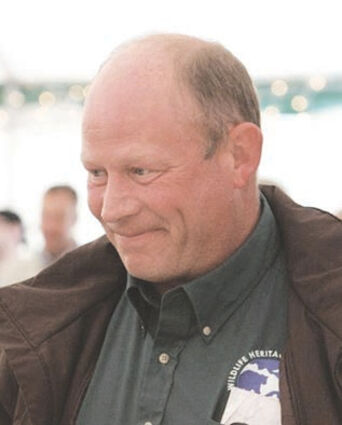