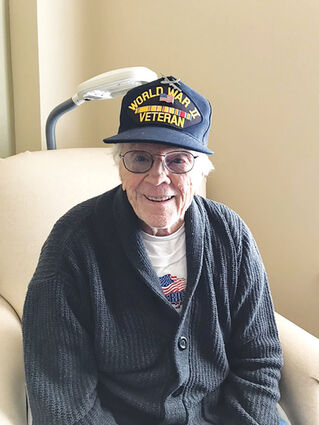 "He said they bombed a lot of whales," he said.

He then lets out a sharp, abbreviated laugh, a single "Ha!" as if he couldn't believe the absurdity of the whole thing even as he said it.

"He" was his father, Bill Hughes, now a 99-year-old World War II veteran who lives at the Legacy Living and Rehabilitat...