Kathleen May McAmis Svoboda, 70, of Anthem, Arizona, entered into eternal rest with her Lord and Savior Jesus Christ on Sunday, September 5, 2021, at her home near Alva, Wyoming.

Kathleen was born in Belle Fourche, South Dakota, on April 17, 1951, the first-born child of Bruce and Peggy McAmis. She grew up on her family's farm and attended school in Hulett, Wyoming. She married Ed Svoboda on August 4, 1968. During their 53 years of marriage, they lived in Wyoming, California and Arizona.

Kathleen was known and loved by many and her devotion to faith and family were lifelong priorities. An accomplished businessperson, she operated a successful company providing personal bookkeeping and business consulting services to her clients. She enjoyed spending time with friends and family, was an avid traveler, and was actively involved in Republican women's groups in San Diego and Scottsdale, Arizona. She delighted in her role as family historian; cataloging countless numbers of photographs and stories for future generations. Her passions for gardening and interior design produced beautiful results and were an inspiration for others. Kathleen was the epitome of beauty, dignity and class. 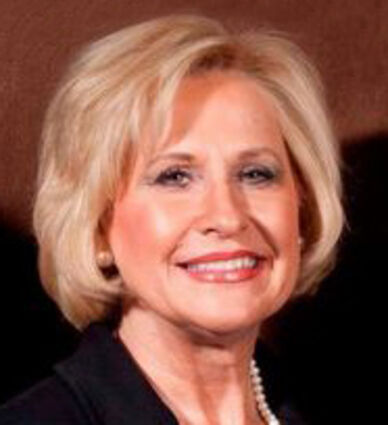 She was preceded in death by her mother, Peggy McAmis and her husband's parents, Bill and Sammy Svoboda.

Visitation will be from 5-7 p.m. on Friday, September 10, 2021, at Fidler-Isburg Funeral Chapel in Spearfish. Funeral services will be at 10 a.m. on Saturday, September 11, 2021, at the Greater Hulett Community Center in Hulett. Burial will follow at the Alva Cemetery.

Arrangements are under the care of the Fidler-Isburg Funeral Chapels and Isburg Crematory of Spearfish. Online condolences may be written at http://www.fidler-isburgfuneralchapels.com