Waynita Beth Schlosser, 73, passed away October 11, 2021 at her home in Moorcroft, Wyoming.

Waynita was born September 14, 1948 to Wayne and Elma (Hale) Yates. She was raised in Whitewood, SD and attended school in that area. She attended cosmetology school in Rapid City, SD.

Waynita met and married her wild man, Joe Schlosser, on June 30, 1968 and they set out on a life of traveling on numerous road construction jobs between South Dakota and Wyoming. To their union came four children; Marge, Jody, Bobby and Melissa (who passed away as an infant).

Joe and Waynita bought the Branding Iron & Café, where she was a cook, bartender and bookkeeper. They also started Joe's Oilfield Service, which they operated for 27 years.

She was an amazing mother, wife, grandmother and great-grandmother, she was what truly held their family together. She helped to raise our cousin Jenny, who stayed with them until finishing high school. She was loved by all the neighborhood kids. When we were misbehaving, she had the best saying: "If you kids don't start behaving, I am gonna knock the freckles off".

She enjoyed playing cards, attending her kids school events, being involved with Moorcroft Mat Master's youth wrestling, subbing in the school lunchroom and spending her time with grandchildren and great-grandchildren.

She was preceded in death by her parents, her husband, infant daughter, Melissa, and three sisters, Deanna, Hazel and Lela. 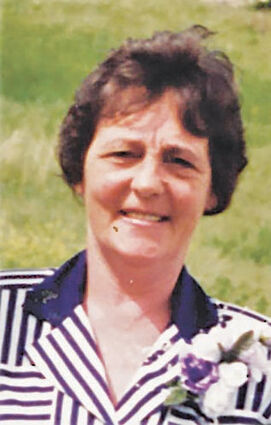 The family thanks you for your presence and condolences.