Funeral service for Cory Reeves will be held at 10 a.m., Saturday, December 18, 2021 at Gillette Memorial Chapel with Pastor Ernie Bishop officiating; interment to follow at Mt. Pisgah Cemetery. Visitation will be held one hour prior to service at the chapel.

Our baby brother, Cory Evan Reeves went to enjoy Christmas in Heaven this year. A series of strokes and an infection in his heart took him from us much too soon.

Cory was born on March 22, 1969.  He was born in Rapid City, South Dakota. At the age of four, the family moved to Moorcroft, Wyoming where Cory remained until after high school graduation in spring of 1988.

After high school he moved to Gillette, Wyoming where he remained until his death.

Cory was very active in music from a young age. He received several awards in high school for his talents in jazz bands such as High Plains Outstanding Jazz Soloist and the John Phillip Sousa Band Award.

Cory played trumpet, trombone, and piano; guitar was his preferred instrument however and he played in several bands including Blast From the Past and Powder River Rebels. He spent hours playing for family and friends whenever he could.

Cory was an avid pilot of RC airplanes. He spent many days at the Sage Hopper airfield flying his many airplanes.

He loved to send up drones with cameras to capture the happenings around Gillette and Keyhole Reservoir. His collection of videos can be seen on You Tube as well as his music videos.

Cory worked several jobs, but for the last several years he had been a bus driver for Campbell County School District. It was something he loved doing and he was even named Employee of the Month last spring.

He was so proud of this job and he had finally found his calling. He loved the students and his coworkers. He said that his coworkers were like another family to him.

Cory was preceded in death by his parents, Keith and Delores Reeves; sister, Deborah Presley; two nephews, Robert and Greg Reeves; great-nieces Allonna Petersen and Emma McCune; and the love of his life, Angie Smith. 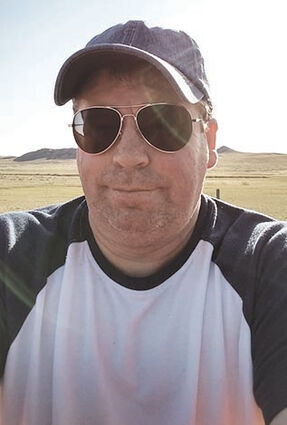 He is survived by his son, Matt Rhodd of Gillette, Wyoming; brothers, Michael Reeves (Carol) of Burleson, Texas, Bruce Reeves (Laura) of Gillette, Wyoming; and sister, Julia Petersen (Dale) of Moorcroft, Wyoming. He is survived by several nieces and nephews, great nieces and nephews whom he loved very much. He was more like a big brother to them all.

Our family was very musical, and many Christmases were spent around our mother at the piano.  It is comforting for us to know that he will be with our loved ones again enjoying this tradition in such a glorious place.

Memorials are suggested to Blessings in a Backpack. Memorials and condolences may be sent in care of Gillette Memorial Chapel 210 West 5th Street, Gillette, WY 82716.