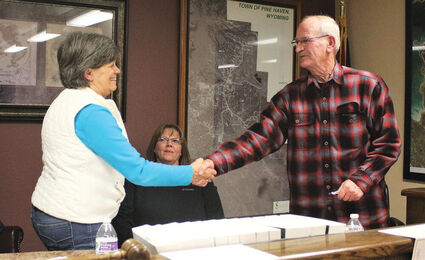 The first order of business at last Tuesday night's meeting of the council was an appointment for the vacant council seat, Mayor Karla Brandenburg stated, "After lots of consideration, I would like to propose that we have Don Lancaster take that seat." The appointment was unanimous.

With Brandenburg's recent appointment to the office of mayor in Pine Haven, her former council seat became vacant.

Members of the governing body were asked for nominations that were subsequently prioritized at last month's workshop. At the top of the list was former Fire Chief Don Lancaster and, when invited, h...