Chester (Chet) was born September 20, 1930, in Sundance, Wyoming. He was the second of four children born to Francis and Virginia (Zimmerschied) Hejde and spent his early years at the home ranch near Aladdin.

He attended his first year of school just up the road at the Eothen country school. He moved to Sundance in 1936 and completed his schooling at Old Stoney, graduating from high school in 1948. He attended the University of Wyoming from 1948-1952.

He enlisted in the Army and served from 1952-1954 at Fort Bliss, El Paso, Texas. He returned to Laramie and finished his college education with a degree in animal husbandry in 1956.

Chet married Evelyn Engelhaupt in 1955 and they ran the ranch at Aladdin for the rest of his productive life. They had two daughters – Wanda Burget (Rodney) and Sandra Neiman (Walter) and were blessed with five grandchildren and eight great grandchildren.

In addition to ranching as a profession, Chet was a true student of the outdoors. He was an excellent hunter and an even better teller of hunting stories (all true of course). He was an outfitter and guide and his clients quickly became life-long friends and "family".

He loved fishing and was a master at fly tying. His grandchildren all carry on his love of hunting, fishing and the beautiful Bear Lodge Mountains, which he called home.

Chet was an accomplished musician. His great love and talent for music inspired all who knew him.

He played tuba all of his life including the Sundance Band and the University of Wyoming Band. He attained "all American" status through membership in the 1951 National Intercollegiate Band organized at Indiana University.

Chet played in the 65th Army Band and attended the Navy School of Music in Washington, DC. At the end of his tour of duty in the Army, Chet auditioned with the Ringling Brothers Circus Band and was considering their offer when the call came from home to come back and take over responsibilities with the ranch – an offer he couldn't refuse!

Back home, he played in the Belle Fourche Cowboy Band and the Spearfish Fireman's Band. He played for numerous country dances with a group of local musicians called the Aladdin Offbeats and most recently performed for many years as a member of the Black Hills Jazz Band.

He blessed listeners with his beautiful baritone voice as a member of the Men's and Boys' Choir at the National Cathedral in Washington, DC to the Black Hills Barber Shop Chorus and at countless funerals, weddings, community events and celebrations. He could also "cut a rug" with style and grace as a graduate of the Arthur Murray School of Dancing.

Chet was a respected leader in his community serving for many years on the Crook County Hospital Board, as a 4-H leader, and on numerous agricultural boards. He was a lifetime member of Sundance United Methodist Church, a member of Sundance Masonic Lodge #9, Electa Chapter #5 of Eastern Star, a Shriner and Associate Guardian and Associate Grand Guardian for Bethel #43 and the Grand Bethel of the State of Wyoming.

He was also a member of the American Legion and Crook County Heritage Association, where he worked tirelessly to help renovate Sundance's historical school – "Old Stoney". 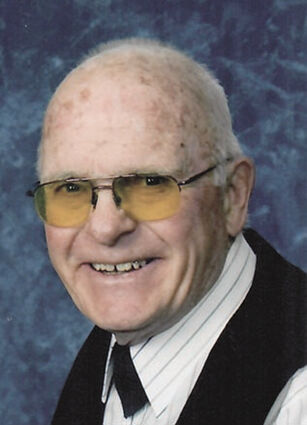 A Masonic funeral will be held in Sundance at a later date. The family has established a memorial for Old Stoney which can be sent to 3700 State Highway 24, Aladdin, WY 82710.