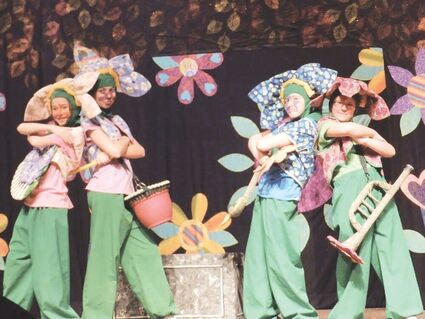 Missoula Children's Theatre productions are always a hit, such as the performance of Alice in Wonderland staged in 2016.

Watch the Emperor learn about true friendship and dressing for success as the Missoula Children's Theatre presents an original musical adaptation of the Hans Christian Andersen classic, The Emperor's New Clothes.

Auditions for The Emperor's New Clothes will be held Monday, January 31 in the high school auditorium from 4 to 6 p.m. Those auditioning should arrive at 4 p.m. and plan to stay for the full two hours. Some of the cast members will be asked to stay for a rehearsal immediately following the audition.