Dirt in the works 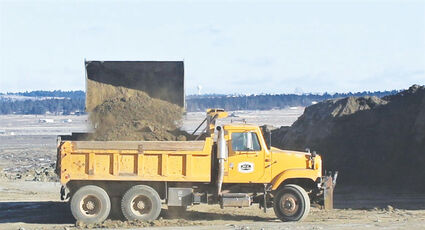 Public works crewmen are still struggling to move enough dirt each day to cover the open face of the extension.

Moorcroft Public Works has hired Dan Hart of Upton to move the large mounds of dirt at the municipal landfill nearer to the operating portion of the expansion. The dirt is needed to cover the open face often and to a certain depth to mitigate flying debris.

"We're moving it from our over burden pile over to where we can cover it," department director Cory reasons. "We usually do it with a loader and trucks, but we just need to get a bunch of dirt over there so it's easier to access."

The council approved the amount of $9000 to further this effort of reaching and maintaining compliance with...