A celebration of the life of Jeane Warax, 79-year-old Buffalo woman who passed away Saturday, February 26, will be held by her family and friends at the Keyhole Country Club in Pine Haven, Wyoming from 1 until 4 p.m. on Sunday, March 20 with Reverend Margaret "Babe" Lynch officiating.

A private family interment will be held at a later date. Donations in Jeane's memory may be made to the St. Jude's Children's Hospital in care of the Harness Funeral Home at 351 N. Adams in Buffalo. Online condolences may be made at http://www.harnessfuneralhome.com

Norma Jean Warax was born on March 22, 1942 in Nashville, Tennessee to Roy and Millie Folsom. She grew up and went to school in Murray, Kentucky and graduated from Murray High School with the class of 1960.

After high school she moved to Iowa and worked in retail. She was married in 1962 in Iowa to Gerald Wynia and they made their home in Morning Side, Iowa.

Mr. Wynia passed away in 1969 and Jeane was later married to Denny Potts and they made their home in Minnesota. In 1979, they moved to Gillette, Wyoming, where she was in the bar business. 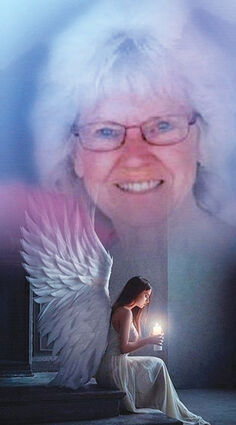 She was a member of the Moose Lodge, the VFW Axillary and was very active in the Moorcroft Chamber of Commerce. Jeane enjoyed camping and four wheeling in the mountains and was an avid shopper. Jeane had a heart of gold and was always there to help anyone who needed help.

She is survived by her husband Dave Warax of Buffalo; two sons, Scott Wynia and his wife Gloria of Moorcroft and Michael Potts and his wife Cher of Wasilla, Alaska; one sister Deidra Andis and her husband Mike of Trenton, Illinois; four grandchildren; and two great-grandchildren. She was preceded in death by her parents.