Mr. Thomas R. "Tom" Claytor, 78, of Moorcroft, Wyoming passed away in his home surrounded by family on April 14, 2022 of natural causes. 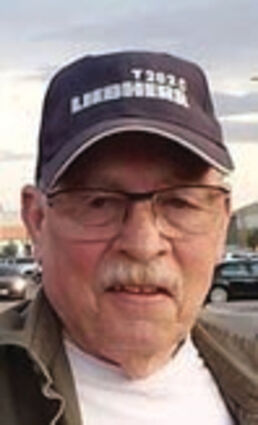 Tom is the son of Sherman Elwood Claytor and Bonnie Marguerite Wolfe Claytor and was born April 12, 1944, in Lexington, Virginia. He attended public school in Lexington, Virginia in his early years, moving to Plainwell, Michigan and attending University High School in Kalamazoo, Michigan for his Junior and Senior Years. He was treasurer his junior year and played varsity football. Tom graduated from University High School in 1962. Tom began a 58-year career in the electrical field shortly after graduation, working in construction, industrial maintenance and mining. He spent forty-five of those years in the mining industry, specializing in electric haul trucks, delivering MSHA electrical refreshers and providing consulting services for customers. Tom always made himself available for those in need. During the late 60's and early 70's Tom was a world class competitive pistol shooter, winning local, regional and national competitions. He was invited to try out for the 1972 Olympic Team but declined due to family commitments. Mr. Claytor was a lifetime member of the NRA and a member of the Wyoming Republican Party. He lived in Virginia, Michigan, Arizona, Nevada and Wyoming. He spent his last 24 years in Moorcroft, Wyoming. Tom is survived by his wife of 22 years, Christena Britton of Moorcroft, Wyoming. His children are Tom Claytor Jr. of Kemmerer, Wyoming, Tod Claytor of Pembroke Pines, Florida, Tim Claytor of Russellville, Kentucky, Amy Lockmer of Butte, Montana, Katrina Bears of Gillette, Wyoming, Justin Calhoun of Reno, Nevada, Chad Britton of Bellingham, Washington, Kristin Clausen of Salem, Utah. He is survived by 21 Grandchildren, 11 Great Grandchildren, his mother Bonnie Claytor of LaPlata, Maryland, His sister Mona Conner of LaPlata, Maryland and his favorite dog, an Australian Silky named Killian. A private memorial will be held. In lieu of flowers, Tom's family asks for donations in his memory to be sent to one of the following: Autism Society - https://autismsociety.org/donate/or Hospice of Campbell County Memorial Hospital. Memorials and condolences may be sent in care of Walker Funeral Home 410 Medical Arts Court, Gillette, WY 82716. Condolences may also be expressed at http://www.gilletememorialchapel.com