Frank was preceded in death by his parents, Richard John Lauters and Mary Lois Gauthier, and brother Donald Gauthier.

Frank was born in Sheridan, Wyoming and he grew up in Moorcroft, attending Moorcroft High School. He participated in football, basketball, track and wrestling. Frank played varsity offensive line starting as a freshman and through his four years.

Frank participated in band, speech and dramatic arts. Frank was active in many extracurricular activities, serving as vice president of FTA, class representative to Student Council, and secretary-treasurer of Letterman's club. Frank graduated as Salutatorian in 1972.

Frank received his Bachelor's degree in chemical engineering from the University of Wyoming, and would continue his education throughout his career. 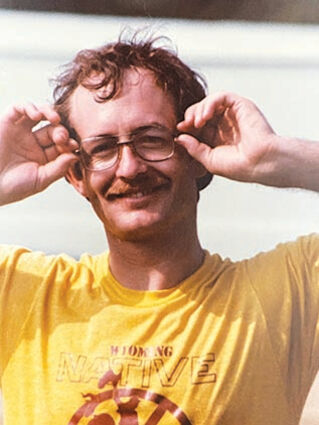 Frank enjoyed a long career as a chemical engineer with Texaco Chemical Company. Originally known as Jefferson Chemical, later Texaco, and then Huntsman Corporation. He earned the coveted Employee of the Year award from Texaco.

To pursue his career, Frank left Wyoming for Texas, but he carried his love of Wyoming with him, proudly displaying the UW Bronco logo, naming pets after towns in Wyoming and taking his family on vacations to all four corners. He loved the Devils Tower National Monument, and all the beautiful landscapes of his home state.

He was a friend to all his neighbors, and loved to socialize with the many members of his local community.

A memorial reception with the family was held Saturday, May 14 at Sam Houston Memorial Funeral Home in Willis, Texas. Friends and relations are invited to leave a written condolence at http://www.shmfh.com.