He was diagnosed with an aggressive brain tumor in March of 2022. He accepted the diagnosis because of his faith in the Lord.

He went on a final adventure to Wisconsin to see friends and family. He came back to Wyoming to live his best life full of family, friends, candy and cookies.

Norbert was the fourth child of Adolph and Florence (Hunter) Bankenbush, born April 8, 1944 in Racine, Wisconsin. Norbert was raised by God-fearing people.

As a child, he attended vacation Bible school and learned John 3:16: "For God so loved the world, that he gave his only begotten Son, that whosoever believeth in him should not perish, but have everlasting life ". He lived by and repeated that scripture all his life.

Norbert couldn't be contained by traditional education and when he was 16, he "walked in the front door and out the back door". He obtained his masters in life, love and honor by living it.

Between tractors, farming land, parking semis and giving his brothers rides home, he learned how to drive. He was a fast learner.

He was a master at fixing things. With a natural talent, he could fix the governor on a tractor, which led to getting a speeding ticket; fix his brothers car before he knew it was broken; was entrusted by local truck drivers with the equipment maintenance; and was there for anyone that needed a hand. He could diagnose a problem over the phone and talk you through step by step how to fix it.

Norbert married Lilly Ann Welch, June 12, 1965, and passed just four days shy of celebrating 57 years of (what he would say) "wedded blisters". When he referred to Lilly he used terms of endearment, "my bride, mother of my children, Rowlf, his Pearl and Hottie".

They grew up just down the road from each other and he often would say, "I chased her 'til she caught me".

The passing of his angel Vicki Lynn tested his belief and rocked his world. However, he found Jesus again and his faith was stronger than ever.

He worked hard all of his life, demonstrating determination, love and honor. He was a mechanic and over-the-road trucker. He hauled food, steel, rocks and wood.

If it needed moved, he could haul it, and if it had tires, he could drive it. He was a problem solver and he thought outside the box. People felt safe with him.

He worked hard all his life for his wife and kids. It bothered him a bit that he never received that high school diploma, but he was always proud of his wife, the college graduate.

He supported her and even attended schools with her, sat in the classes and participated even though he never got that paper. His wife, kids, grandkids, friends and family were always proud of him.

In 1993, Norbert and Lilly were led by God to move the five youngest to Sundance, Wyoming and join the Teen Challenge ministry while James remained in Wisconsin.

He taught his children to love Jesus, work hard, to be humble, that your word is your truth, to be kind, love with all you are and have candy in your pocket – it brings joy. He never met a stranger.

Everyone was his adopted kid. He found time for anyone in need. If he had it, you could borrow it, but you better bring it back. 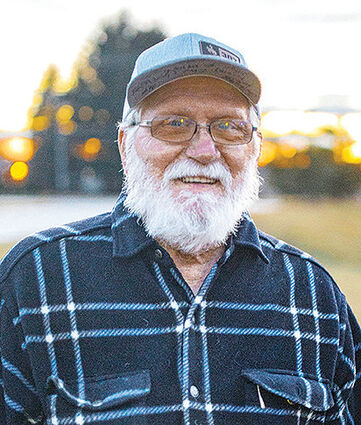 He has several bonus and adopted kids and grandkids...too many to count. His heart was ginormous. He treated everyone like family and boy, did he love his family.

A funeral service will be held at 10 a.m., on Friday, June 17, 2022, at the Crook County School District Central Services Gymnasium in Sundance. Visitation will be one hour prior to the service. Burial will follow in the Green Mountain Cemetery at Sundance.