A family graveside memorial will be held on Saturday, July 2 at 11 a.m. followed by a luncheon at the Moorcroft Presbyterian Church at high noon. The community is welcome to attend the luncheon to reminisce of Bill's life well lived.

Willis A. "Bill" Hughes, 100, longtime resident and businessman from Moorcroft, Wyoming passed away on January 12, 2022, at the Legacy Living and Rehabilitation Center located in Gillette, Wyoming after a long battle with Father Time, with his son Doug and daughter-in-law Lee at his side.

Bill is preceded in death by his wife, Iris; his parents, Clyde and Winnie Hughes; his twin sister, Wilma Dobbins; and his younger brothers, Cecil and Jack Hughes.

Bill was born in Moorcroft at the family home on September 8, 1921, to Cecil Clyde and Winnie (Torbert) Hughes. Bill graduated from Moorcroft High School in May 1939 and spent the next few years at Black Hills State College and the University of Washington.

At the conclusion of World War II, he returned to school at the University of Wyoming, graduating in 1948 with a BA in business.

Later in 1957, he moved the family to Casper, Wyoming to work for Pan American Oil. In 1961, his heart drew him back to the place he loved, Moorcroft, where he and Iris built, owned and operated Hughes Clothing and Furniture until 1975 when they retired.

In their retirement years, they spent over 20 years as snowbirds traveling to Apache Junction, Arizona to get away from the cold winter months. They met many longtime friends from all over the country at La Hacienda Park.

Summers were enjoyed at their small ranch overlooking Keyhole Reservoir. They loved entertaining in their secluded hideaway. Bill spent his 100th birthday celebrating at the ranch with Doug, Lee and his granddaughter Shelby.

Bill believed in service to this community, state, and country. During his years in Moorcroft, he was actively involved in many positions as service to his community, including mayor, city councilman, school board member, several Presbyterian Church positions, and Masons and Shriners member, to name a few. 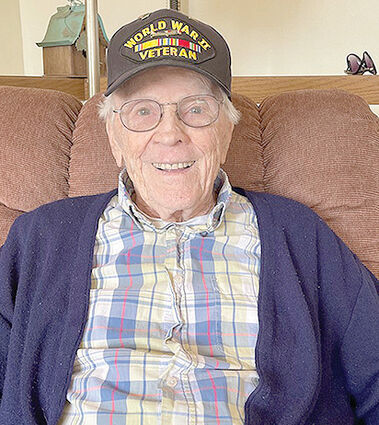 After Iris passed away in 2012 and Bill's health declined with dementia, he moved to Gillette to the Primrose Living Center then soon after to Legacy Living and Rehabilitation Center. He was cared for by many wonderful people at both facilities who are greatly appreciated and will not be forgotten.

One of Bill's favorite poems goes as follows...