A Wyoming native, raised on her family ranch ten miles south of Arvada, she saw area history including the grasshopper plague of the late 30s to all the growth Campbell County has endured to present. She attended high school in Gillette and graduated from Campbell County High School in 1953.

After graduation, she married Charles Dexter July 2, 1954 in Clearmont. The couple made their home there until moving to Seattle, Washington for a few years and then returned to Clearmont.

In the spring of 1964, the family moved to the ranch they purchased on the Powder River. Later, Charles and Thelma moved with their sons, to Minnesota where they lived for 13 years. 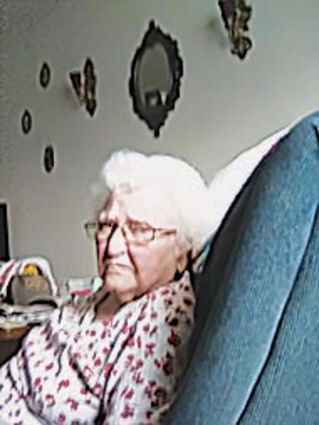 Charles and Thelma divorced in 1982 and Thelma returned home to Wyoming, where she has lived out the rest of her life. Thelma worked various jobs in Gillette before completely retiring in 1999.

Thelma enjoyed going for drives, looking at the countryside, crocheting and making latch hook rugs. She will be remembered most as a supportive mother to her boys, always making them a priority.

Thelma will be sorely missed by her sons, Russell Dexter of Gillette, Jerry Dexter of Moorcroft, and a few nieces. She is preceded in death by her parents and six siblings: Marion, Robert, George, James, Don and Richard.

A private family service will be held at a later date. Memorials and condolences may be sent in care of Gillette Memorial Chapel 210 West 5th Street, Gillette, WY 82716. Condolences may also be expressed at http://www.gillettememorialchapel.com