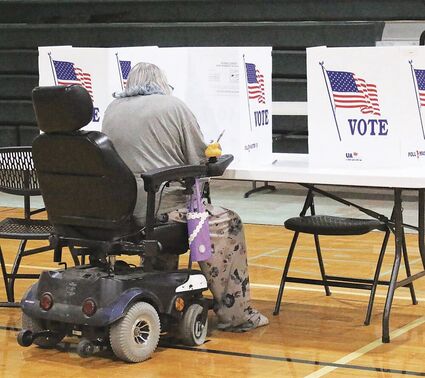 A voter casts their ballot in Moorcroft on Tuesday.

The primary election saw several local races called for challengers, according to the unofficial results.

In nonpartisan municipal races, two candidates will move forward to the general election for each seat, including any potential write-in candidates.

For all other races, the winning candidate for each party moves ahead to the general.

In one of the biggest upsets, Bob Latham beat incumbent Jeanne Whalen for the nomination to county commissioner. Incumbent Ogden Driskill, however, appears to have won a tight race against Roger Connett and Bill Fortner for the state senator nomination.