Dave was born November 25, 1930, in Hemingford, Nebraska to Albert Charles (Charlie) and Grace (Watson) Reynolds. The family moved to Moorcroft, Wyoming when Dave was seven years old. His parents leased ranches around the area, eventually buying what became the Circle C Ranch north of Moorcroft.

In 1952, the US Army said, "we want you" and he honorably served his country until 1954. When he came home, he picked up where he left off, ranching and doing carpenter work, and restoring and building houses.

In 1958 he married Dorothy Edwards Connally. Together they raised three children, Mike, Pam and David Jr. Dorothy passed away in March of 1992.

In January 1993, Dave married Betty Ellis Amiss Haptonstall. She joined his life at the Circle C where he continued to enjoy his passion and love for ranching, until retiring and moving to Pine Haven, Wyoming. In 2007 they moved to Westhills Village in Rapid City, South Dakota.

During their years together Dave and Betty traveled to many destinations including Israel, Ireland and fulfilling his lifelong dream of going "north to Alaska".

Throughout his life he enjoyed time in the mountains, fishing, hunting and spending quality time with family and friends. In his later years he became a master wood craftsman, creating many beautiful heirloom quality pieces. 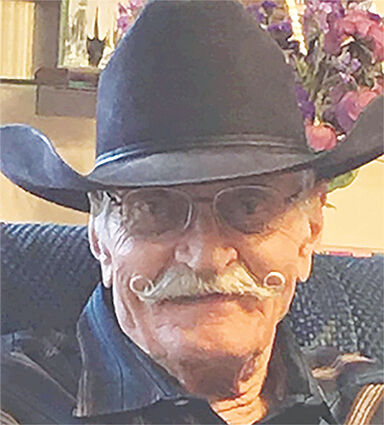 Dave was a loving husband, father, grandfather and great-grandfather. He was a true cowboy and a perfect example of honesty and integrity to all who knew him. He was always there to lend a helping hand to his neighboring ranchers and anyone in need.

Cremation has taken place, and no services planned at his request.