David Allen Reynolds passed away peacefully in his sleep November 3, 2022. Dave was born November 25, 1930 at Hemingford, Nebraska, to Albert Charles and Grace (Watson) Reynolds. The family moved to Moorcroft, Wyoming, when he was seven years old and after leasing many places they bought what became the Circle C Ranch north of Moorcroft.

In 1958, he married Dorothy Edwards Connally (who had a one-year-old son, Michael Connally). To this union was born two children, Pamela and David Jr., and they raised the three children together.

Dave always considered Mike as his son. When Dorothy passed away, Dave continued to ranch.

On a beautiful Sunday afternoon in January 1993 at the Circle C Ranch, Dave married the love and light of his life, Betty Ellis Amiss Haptonstall, and they continued to ranch. It was his passion and he loved every part of it and was so dedicated and very successful and happy while doing it until he lost his health.

At that time, they started traveling and visiting friends all over the world and it was a great time. Israel, Ireland and Jamaica were the most enjoyed, but three months in Alaska sure could make you a believing fisherman. What fun!

Dave was a very loving husband, father, grandfather and great-grandfather. He was a wonderful living example to everyone...and was always there to help his neighboring ranchers and anyone needing a helping hand.

After retiring he became a master wood craftsman; he won many purple rosettes for his beautiful work.

When he broke both hips at the same time, he and Betty moved to Westhills Retirement Village in Rapid City, South Dakota, in 2007. He was very happy there (they have a great woodworking shop)! 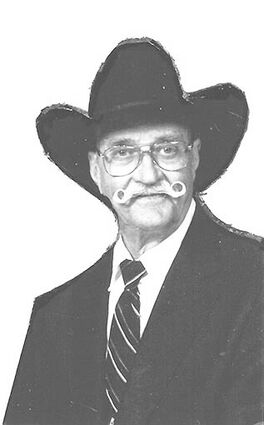 Family suggests any donations be made to Westhills Village Foundation Fund in Dave's name at 255 Texas St., Rapid City, SD 57701.

Cremation has taken place and no services or memorial at his request.

Editor's note: This is a corrected obituary as the previously published version was incorrect.