Eric attended the country school here on the place through the eighth grade. Eric worked with his dad on the ranch and in the timber industry.

His fairness, honesty and kind heartedness is matched by few. He will be greatly missed.

On June 5, 1955, Eric married Jeannie Davis in a ceremony at the Baptist Church in Hulett. The couple made their home on the ranch for 67 years and raised two sons, Kelly and Mark.

Eric worked in the timber for several years, owned and operated a small logging business with two skidders and a crew.

Eric worked the ranch and raised Black Angus cows for the duration of his life. He enjoyed raising his cows and doing anything involving agriculture. He leased and worked with Bruce McAmis for 25 years and really enjoyed this time of his life. 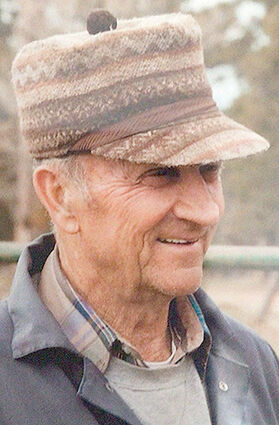