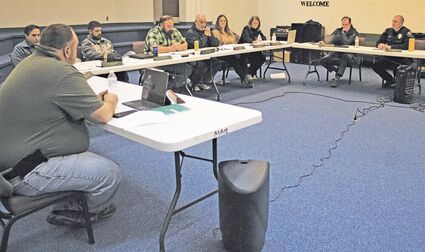 The council hosted a public gathering in the hopes of deciding between the two prevailing schools of thought regarding the future of the old school building.

Is this the final meeting to determine the future of the Moorcroft Town Center (MTC)? After a series of public meetings and surveys throughout the last few years and discussions from as far back as 2013, Moorcroft's council has still been hesitant to take decisive action regarding the municipal building on the east end of town due to two opposing views.

On the one side are those who would like to see the entire building torn down, saving the town an ever-rising subsidizing cost. On the other side of the matter are the residents who want to retain all or part of the structure as part of the...