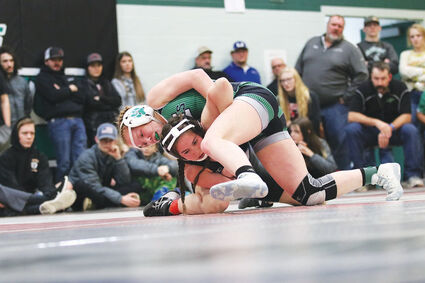 The seats were full and the applause was charged as the Wolves faced their opponents with courage and excitement at the 2023 Dylan Humes Tournament.

At this year's memorial mixer, hosted at home in Moorcroft, the Wolves boys' team finished fourth with 161 points, behind Thunder Basin with 304, Sheridan with 286 and Natrona County with 208.

Dayne Humes was the champion in the 106 lb bracket.