Plowing through the problem 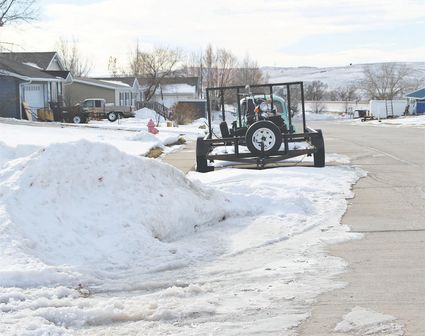 If designated a snow route, residents will not be allowed to park vehicles on streets during winter months.

The newly seated Moorcroft Town Council discussed problems caused by snow on town streets at the January 2 special meeting, focusing on the issues faced by the municipal plow, police department and citizens during the winter months.

One such issue involves the direction the plow pushes the snow as it passes on the streets. Last year, the council unanimously approved moving the snow to the sides of municipal streets as opposed to the center because of safety issues.

Moorcroft police officer Bill Bryant made this observation: "When you plow to the center and have cars parked on the side of t...