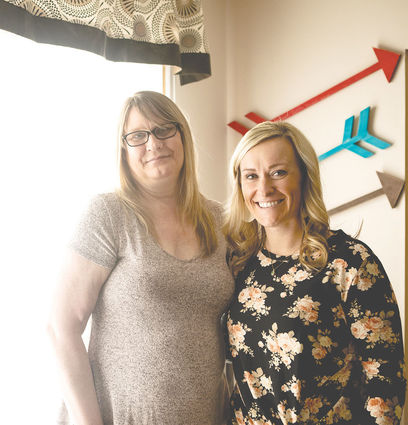 After years of suffering with kidney failure, Kathy Berman, left, will soon be receiving a new kidney from Michelle Butler, right. Butler is a friend of Berman's daughter and decided to get tested to see if she would be a compatible donor. Turns out she is.

It was a Thursday night and she was tired. These days, she's always tired. She sleeps more than she's awake. It's what she's been used to for more than two years now.

Exhausted, Berman was spending another night in when her daughter sent a text message with a photo.

It was a picture of a cake.

On the cake was a frosted kidney with three words: "Share da spare."

How many people can say that they knew their life would be saved after seeing a photo of a cake?