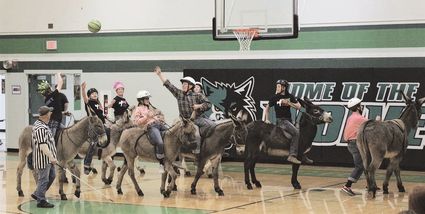 Quite the crowd came together last Thursday evening to watch the triumphs and tragedies of the annual Donkey Basketball competition. 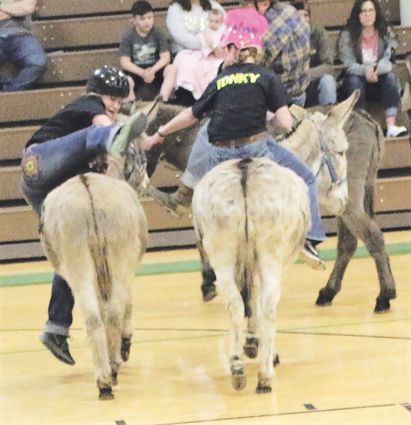 Balance can be a struggle when dealing with four legs rather than two.

Before the battle began, the teams gathered outside with their four legged associates to listen to a rundown of the rules. The humans were attentive, but the burros seemed quite blasé about the affair and, as the first game got underway, the players truly began to understand the limitations of working with a donkey in a speed sport.