Joseph A Slattery Jr. was born on April 20, 1938 in Rock Springs, WY to Joseph A and Caroline (Hicks) Slattery. Joe was the oldest of nine and he and his siblings spent their childhood near the Wyodak Mine, later moving to their grandparent’s homestead on the Sunnyslope Road, east of Rozet, WY.

They attended Rozet Elementary School and Joe was one of the last students to graduate from Rozet High School. After high school, Joe attended Sheridan College, studying accounting, and worked for a butcher to help pay for his schooling.

On completion of his studies, he joined the Army National Guard. When he completed bootcamp, he returned home to marry Martha Davidson in June of 1961.

He and Martha then moved to Washington State to serve his two-year enlistment. When that ended, they returned home to Moorcroft, eventually purchasing land from his father so they could build their family home and raise their children, Tim, Teri and Todd.

Joe worked as a pumper for Midwest Oil in addition to ranching. He started his own oilfield consulting business in the early 1980s.

A downturn in the oil patch would lead him and Martha to purchase a sanitation business in 1986 that they grew into the largest sanitation company in NE Wyoming, with the help of their children.

Joe and Martha have been lifelong members of St. Patrick’s Catholic Church in Moorcroft. Joe was designated by Mary Butler, a generous donor to the church, to institute and oversee the building of the “new” St. Patrick’s Church in 1978. He served on the parish council for many years.

Joe and Martha had purchased property in Pine Haven, eventually moving there to allow their kids to take over more of the operation of the business and ranch. Joe and Martha have been active members of Pine Haven for 30 years. Joe also served on the city council.

In 2012, Joe and Martha sold their company to their two oldest children, Tim and Teri, and son Todd took over the ranch so that they could focus more on traveling and visiting family and friends around the country. He was able to live out his dream of traveling to foreign countries and nearly every state in the U.S. with their motor home.

He never met anyone that he didn’t already know! Every fall, the family would see them off, as they journeyed to their favorite wintering spot in Beaver Dam and Yuma, AZ with their many friends.

Joe passed away Sunday, October 18 with his beloved wife Martha at his side along with his children, Tim, Teri and Todd and grandchildren. His many friends and family members, especially his grandchildren, will miss his many calls with his trademark “Hello” and his texts as he checked in on their adventures. 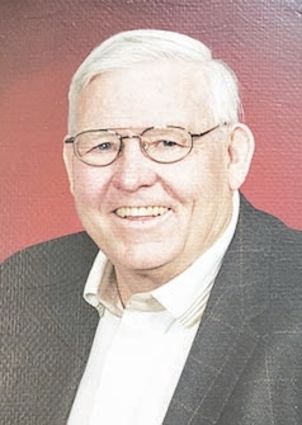 The family requests that memorials be made in Joseph’s name to benefit Pine Haven Fire Department. Memorials and condolences may be sent in care of Gillette Memorial Chapel 210 West 5th Street, Gillette, WY 82716. Condolences may also be expressed at http://www.gillettememorialchapel.com