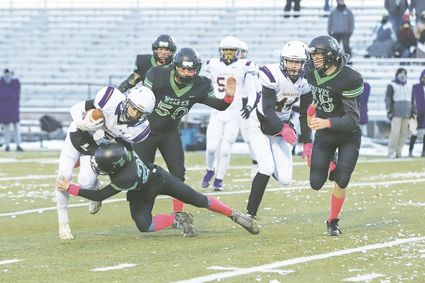 The Wolves played host to the Pine Bluffs Hornets this past Friday. The Wolves were missing some key players due to injuries that have happened throughout the year, so the pack took the field with younger players stepping up and battling for the team.

The Hornets took a 21-0 lead over the Wolves in the first quarter, then scored one more time in in the second. The Wolves wouldn’t be shut out as Zane Linder followed some great blocking and took it 54 yards, making the score 28-6 at half.

Lane Wood struck first for the Wolves in the second half as he took the ball 64 yards on a run, and o...