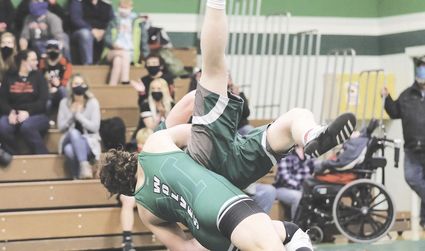 The Wolves wrestling team hosted the 2A Northeast Quadrant Qualifier this past Saturday to qualify wrestlers for the State tournament.

Teams who competed in the qualifier were Moorcroft, Wright, Sundance, Hulett and Tongue River. Those wrestlers who placed in the top four will advance onto the 2A state tournament this Thursday, February 25, in Casper at the event center beginning at 8:30 a.m.