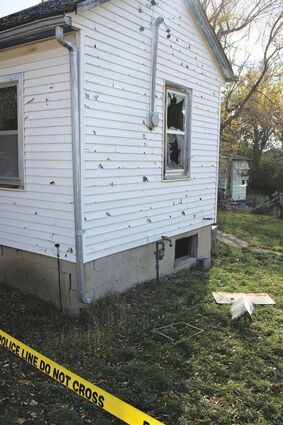 A neighbor saw smoke emitting from the basement window.

A call was received by Moorcroft police and fire department last Friday about a fire in a derelict house 220 Cheyenne Avenue at 3:50 p.m. A neighbor witnessed smoke coming from a basement window and called 911.

Officer Jake Miller responded, along with several volunteer firefighters from the nearby Moorcroft department to a blaze in the basement area of the structure.

While the flames were quickly doused, the structural supports were badly damaged, causing Fire Warden Doug Leis to recommend the building be condemned.

Moorcroft Police Chief Bill Bryant later attested that the burn had been...