Funeral services will be held 10 a.m. Saturday, November 13 at the First Presbyterian Church in Mitchell, with burial with military honors at Graceland Cemetery. Visitation will be at the Will Funeral Chapel from 6:00 to 8:00 pm Friday, with a prayer service and time of sharing at 7 p.m.

Earl Dean Nebelsick was born in the family farmhouse in rural Hanson County, SD on February 12th, 1933, to Louis and Habie (Heronimus) Nebelsick. He graduated from Farmer High School in 1951, farmed with his dad and custom baled with his brother Duane for one year, then began his studies at Dakota Wesleyan University, where he was on the varsity basketball team.

Earl returned to farming and DWU, graduating in 1959. He completed his MA in Ed. Admin. from SDSU in 1969, with 30 hours of graduate work at USD and UW.

He was an active member of SASD, SDASSP, NASSP, Area 2 Adm., and NCA Accreditation Teams. He was nominated for SD Principal of the Year in 1987, named DWU Outstanding Educator in 1991, and inducted into the Hanson School District Hall of Fame in 2019.

In retirement, Earl drove school bus for 17 years, served on the Howard City Council, enjoyed traveling with sister Ivadell and Will Hafemeyer, supported the DWU Tigers and faithfully followed 16 grandchildren in their church and school activities. Earl volunteered as a lay pastor, including services at the Good Samaritan Home in Howard.

Earl and Rowena (Roman) were married on January 14, 1956. They raised five children. He was proud that his family represented over 240 years of teaching. 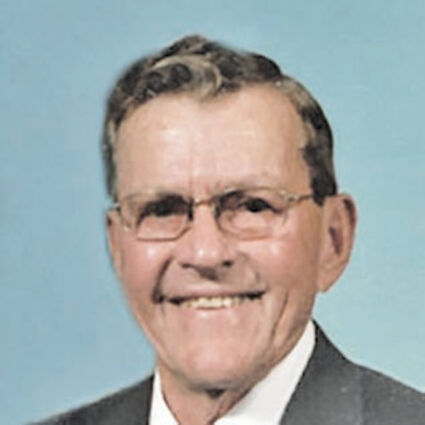 He was preceded in death by his parents; brothers (and spouses) Leonard (and Lillian), George (and Eunice), Harold (and Melissa), Duane, Virgil, Ervin; sisters Adeline Montgomery, Myrna Nebelsick and Ivadell (& Will) Hafemeyer; brother-in-law Robert Roman; and sister-in-law Helen Roman.

Memorials may be directed to the Nebelsick Endowed Scholarship at DWU or the First Presbyterian Church of Mitchell.