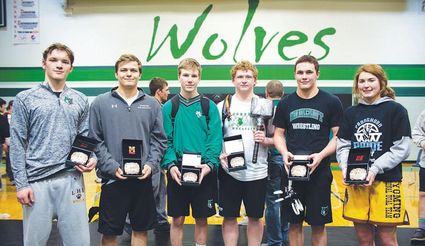 Moorcroft wrestling hosted the first annual Dylan Humes Memorial wrestling tournament this past Friday and Saturday. With 19 teams attending from around Wyoming, South Dakota and Montana and ranging from class 2A – 4A, they ran a varsity and Junior Varsity tournament on Friday and a second chance tournament on Saturday for any wrestler who went out on day one from the varsity side.

There were many exciting matches that led up to the finals, where Moorcroft had six wrestlers and all six won their matches to win the championship buckle. As a team, the Wolves placed first and had many place...